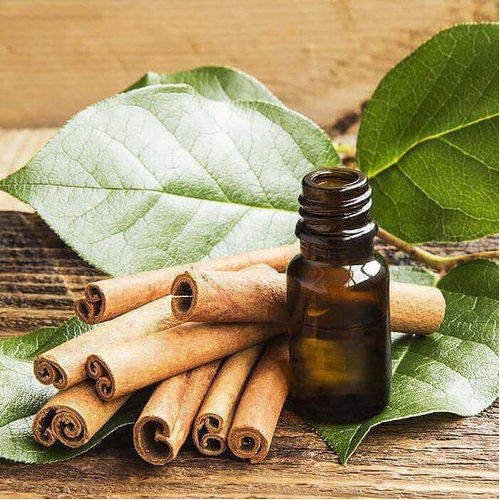 Being loaded with various beneficial properties and carrying an aromatic fragrance, Cinnamon Leaf Oil is used in culinary, pharmaceutical, dietary and aromatherapies. Client satisfaction is our topmost priority, and we match the highest standards of quality and purity of Essential Oils and go beyond limits to stay ahead in the competition.

Our developed manufacturing facility and quality-oriented approach have helped us gain consideration among paramount Cinnamon Leaf Oil Exporters and Suppliers in India. You can ping your direct requirements or call our experts to discuss more.

The tree grows to 10–15 m tall, with greyish bark and hard, elongated leaves with reddish colour when young. Cassia bark is used as a flavoring agent for confectionery, desserts, pastries, and meat.

It contains from 1 to 2 percent oil of cassia, a volatile oil, the principal component of which is cinnamic aldehyde.