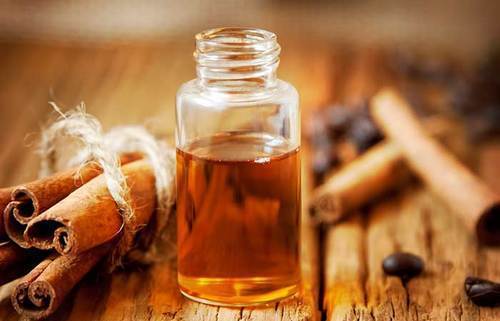 Cinnamon Bark Oil undoubtedly has a long and interesting background and is valued by Chinese and Ayurvedic medicine practitioners in Asia to heal everything from depression to weight gain. Botanic Healthcare is one of the preeminent Cinnamon Bark Oil Manufacturers in India. We use modern machinery for research, extraction, production, testing and packing to meet USFDA, TGA, MEDSAFE and EU guidelines.

Appreciated for its peppery, earthy oil that has a bright yet slightly woody scent, Cinnamon Bark Oil is highly used in pharmaceutical and dental preparations, aromatherapies and more such industries. We follow a set of manufacturing practices to provide uncompromised quality of Cinnamon Bark Extract delivered to clients according to their needs.

Being the best Cinnamon Bark Oil Exporters and Suppliers in India, we believe in quality and bring nothing less. You can send us your bulk enquiry via the website or call our experts to initiate a direct conversation now.

The tree grows to 10–15 m tall, with greyish bark and hard, elongated leaves with reddish colour when young. Cassia bark is used as a flavouring agent for confectionery, desserts, pastries, and meat.

Active Principles: It contains from 1 to 2 percent oil of cassia, a volatile oil, the principal component of which is cinnamic aldehyde.

If you have a urgent requirement please fill the form