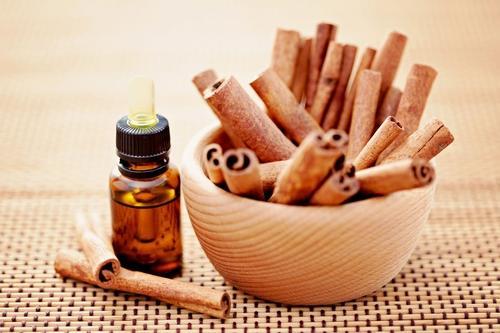 Botanic Healthcare is one of the well-known Cassia Bark Oil Manufacturers in India. Derived from the Cinnamomum cassia plant of the Lauraceae family, using steam distillation, Cassia Bark Oil is a dark brown liquid with a warm and pungent cinnamon smell with spicy aroma and taste. Also known as Chinese Cinnamon, it has extensive medicinal uses and high demand in the pharmaceutical industry.

Being a quality-oriented company, we follow ethical manufacturing practices to ensure that our Cassia Bark Oil conforms to USFDA, TGA, MEDSAFE and EU guidelines. We have the most sophisticated machinery in our manufacturing unit to keep quality intact and meet hygiene standards.

Being reckoned among well-established Cassia Bark Oil Exporters and Suppliers in India, we take your requirements seriously and provide a bulk range delivered to you shortly. Fill the enquiry form or call our executives to enquire more.

An evergreen tree originating in southern China, and widely cultivated in South and Southeast Asia (India, Indonesia, Laos, Malaysia, Thailand, and Vietnam). It is used primarily for their aromatic bark, which is used as a spice. The buds are also used as a spice, especially in India, and were once used by the ancient Romans.
The tree grows to 10–15 m tall, with greyish bark and hard, elongated leaves with reddish colour when young. Cassia bark is used as a flavoring agent for confectionery, desserts, pastries, and meat.
Active Principles: It contains from 1 to 2 percent oil of cassia, a volatile oil, the principal component of which is cinnamic aldehyde.